Chico is at the northeast edge of the Sacramento Valley, one of the richest agricultural areas in the world. The Sierra Nevada mountains lie to the east, with Chico’s city limits venturing several miles into the foothills. To the west, the Sacramento River lies 5 miles (8 km) from the city limits.

The Senator Theater, completed in 1928 for $300,000, was designed by Timothy L. Pflueger for Michael Naify and the Nasser Brothers.

Downtown Chico – This is the main commercial district in Chico. It is located generally between the Big Chico Creek and Little Chico Creek between Wall Street and Salem Street. The Downtown Chico Business Association represents the interests of the downtown to the community. Main Street and Broadway are the two main thoroughfares bisecting the downtown.

Ringel Park is the triangular-shaped area immediately north of downtown. The Chico City Plaza is the central point of downtown, between Fourth and Fifth Streets. The area of West Ninth Street where Main Street and Oroville Avenue converge is known as The Junction, the southernmost part of the downtown. “The Junction”, as the confluence of Humboldt Road and the old Shasta Stage Road (now Main Street and The Esplanade), got its name in the early 1860s when John Bidwell and partners established a company that created a stage line between Chico and Susanville, ultimately leading to Ruby City, Idaho, and the rich gold strikes there.

This is the place where Humboldt Road began; it is now called Humboldt Avenue until it reaches the Highway 99 freeway, then regains the Humboldt Road name on the eastern side as it continues into the foothills. “The Junction” was for some years a business district unto itself, providing goods and services to people arriving at and departing from the stage depot.

The South Campus neighborhood is the area bounded by West Second Street, Salem Street, West Ninth Street and the western city limits (which is called “The Green Line”). Historically, this area was the first residential area established in the city. Currently, it is the most densely populated area of the city. The South Campus Neighborhood Association represents the interests of the neighborhood to the community.

South Campus is a dynamic residential neighborhood consisting overwhelmingly of young renters under thirty-five, and specifically Chico State students. The intersection of Fifth and Ivy streets is a neighborhood commercial core sometimes referred to locally as “Five and I.” There are many fraternity and sorority houses in the area, and the city has designated a “Fraternity/Sorority Overlay Zone”, largely contiguous with the neighborhood. South Campus is home of Craig Hall and Depot Park.

This is a working-class residential neighborhood entirely surrounded by area inside the city of Chico, but which itself is not a part of the city. Rather, it is under the jurisdiction of the County of Butte. Chapmantown is currently known as the area bounded by Little Chico Creek, Boucher Street, Guill Street and East Sixteenth Street. The neighborhood south of East Twentieth Street to the east of Fair street is also referred to as Chapmantown. Historically, Chapmantown referred to everything east of Mulberry street, but that is no longer the case.

Due to not being within city limits, there are no sidewalks, sewers, or any other city services. However, there are also none of the regulations associated with the municipality either (prohibition on chicken coops, burn permits, etc.) The neighborhood is home to The Dorothy F. Johnson Neighborhood Center, a facility of the Chico Area Recreation District. The neighborhood is named after Augustus Chapman.

The Avenues – A relatively new name that refers to the area north of Big Chico Creek historically known as Chico Vecino (Spanish for ‘neighbor’). This area includes the numbered avenues that intersect The Esplanade. This residential neighborhood is adjacent to the northern boundary of Chico State campus and is south of Lindo Channel. The neighborhood also is home to Enloe Medical Center. The Avenues are known for their beautiful older homes, mature trees and walkability.

Mansion Park is the high end residential neighborhood adjacent to the Bidwell Mansion, and immediately between the northeast corner of the Chico State campus and Chico High School. This neighborhood is notable for its being a preferred parking zone for residents with permits only, located in an area of the city with very impacted parking. This neighborhood is home to the Albert E. Warrens Reception Center (formerly the Julia Morgan House), and the Bidwell Amphitheatre. Originally, home to mostly university professors and staff, other professionals and upper-middle-class families now also call it home. 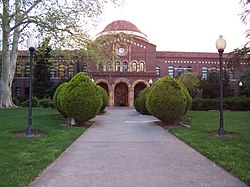 Nob Hill is the developing residential neighborhood west of Bruce Road and north of Highway 32.

California Park is the developing residential neighborhood east of Bruce Road and north of Highway 32. This area contains a smaller area known as Canyon Oaks,.

Aspen Glen is the residential neighborhood east of the Esplanade and north of East Shasta avenue. Many streets there are named after things associated with Colorado.

Cussick Area Neighborhood is an assortment of different housing types on the northwest end of town. It is flanked by orchards, the Esplanade, and West East Avenue.

For inquiries and other concerns kindly fill up the form below.